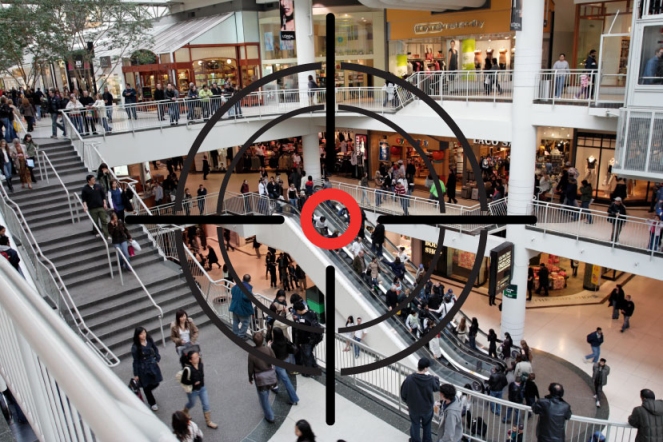 As a cartoonist, I have decided to break my rule of not writing a blog about politics, in order to make this commentary on what has happened recently in Paris. I decided to speak out because I love my freedoms, and I want to keep them. I draw the cartoon, The Rat Pack of Hollywood, and I don’t want to have anyone tell me what subject matter I can draw and what I can not draw in my cartoons.  My cartoons are innocent. I doubt anyone would get offended by them, but that’s not the point. I am not stupid. I can look around and see that our country is sadly not what it once was. There is huge pressure mounting for artists in the United States to self censor the content of their media, so it does not offend anyone. Filmmaker, Nakoula Basseley Nakoula was blamed for making a video that provoked the attack on the US Ambassador in Benghazi. There has been no evidence to suggest that the video was even on the radar of any Muslim groups. But there needs to be a balance. As in France, they tried unsuccessfully to balance the two; freedom of speech and allowing the Muslim community to have their Sharia Law. The Sharia Law that France so wrongfully embraced in 2010 came back to bite them in their baguette. There are areas of France that non-Muslims can’t go into. They are called No-Go Zones.  That’s like saying, in America, all Chuck E Cheeses will be off-limits to Non-Muslims…hey wait, that might not be a bad idea. Psyche! So what is going on?

It’s called Sharia creep. And slowly but surely Muslims around America are demanding (and getting) implementations of bits and pieces of Sharia Law into various United States’ cities. So what is Sharia Law? You can read a 2013 Huffington Post article that accurately describes Sharia Law. Here’s is an excerpt:

So what exactly is Shariah?

“Shariah is an Arabic word that literally means a path to be followed, and also commonly refers to a path to water. The term is broad, encompassing both a personal moral code and religious law.

There are two sources of Shariah: The Quran, which many Muslims consider to be the literal word of God; and the “Sunnah,” the divinely guided tradition of Islam’s Prophet Muhammad.

The interpretation of Shariah is called “fiqh,” or Islamic jurisprudence. Because fiqh is man-made, it can be changed; Shariah, for many Muslims, is divine and cannot be changed.

Dozens and dozens of United States media have kowtowed to pressure and out of fear  (or political correctness) have not published many of cartoons that have been considered offensive by various Muslim groups. Isn’t this a form of self-imposed Sharia Law by the U.S. media? I am not aware of a single US media outlet to have publicly aired the cartoons at the center of the Charlie Hebdo magazine attacks. Score one for the terrorists.

In Minnesota, the U.S. attorney sued a city on behalf of Muslims. The attorney said St. Anthony violated the rights of a religious group by not allowing a prayer center to open within their city limits. In Tennessee, after four years of protests, lawsuits, vandalism, arson and a bomb threat, American Muslims in Murfreesboro, Tenn., can finally celebrate the power of religious freedom to triumph over hate and fear by building a mosque. The Kennesaw City Council in Georgia voted 4-1 against a request by a Muslim group to open a mosque inside a shopping center, and you guessed it, days later that group’s leadership said they plan to explore legal action against the city. They would do so on grounds that their constitutional right to worship is being denied. So, let me get this straight, when they want to, they will use our liberal court system to achieve their goals of mandating their barbaric and antiquated Sharia Law. Hmm, sounds like double standards to me. Arab Muslim community has built the Islamic Center of America, the largest mosque in North America in Dearborn, Michigan. 40% of Dearborn’s population are of the Muslim faith. That means the city’s population includes 40,000 Arab Americans.  Just to be safe, I’m canceling my long summer trip to the lovely Dearborn, Michigan. Many cities have been sued by an inmate incarcerated in their jails and prisons because Muslim inmates have claimed that they were denied meals that are more in line with their religion. Halal meals are foods permitted under the strict Muslim faith.

The famous, Beverly Hills Hotel, which is owned by the Sultan of Brunei, has even been caught up in the dilemma. In the Spring of 2014, Brunei became the first East Asian nation to adopt a Sharia penal code.  The city council of Beverly Hills, ever so concerned about their public image as the land of the rich and famous, issued a statement concerning The Sultan’s ownership of their flagship hotel, ” The City of Beverly Hills strongly condemns the government of Brunei as well as other governments which engage in similar policies for adopting laws that impose extreme and inhumane penalties including execution by stoning, flogging and severing of limbs,” the city council’s resolution states. “The City of Beverly Hills urges the government of Brunei to divest itself of the Beverly Hills Hotel and any other properties it may own in Beverly Hills.”

But there is also pushback. For example, in Maryland, Montgomery County’s school board effectively turned down from leaders of the county’s growing Muslim community to recognize an Islamic holy day next school year with an official day off. Seven states — Oklahoma, Arizona, Kansas, Louisiana, South Dakota, North Carolina, and Tennessee — have passed a “foreign laws” bill, prohibiting laws of a foreign country to circumvent US laws in that state.

So is it possible that a Charlie Hebdo massacre could happen in the United States? It is not a matter of if it could, but when it will.

God Speed and my personal prayers go out to all of the Parisians and the families of those affected in this truly dark time.

Be Creative. Create Your OWN Life!