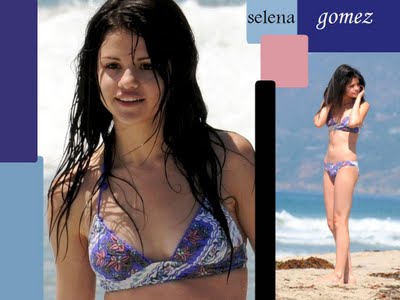 Thanks to the Disney Channel, Selena Gomez is one of the latest girls to be propelled into uber stardom as a celebrity.  Disney did the same with Miley Cyrus, but Miley is  more Trailer Park, than Park Place. And it appears Miley cut short her reign as the Queen of Disney.  Hopefully, Selena won’t make the same mistakes as her predecessor Cyrus and Cyrus’ celebrity mentor, Lindsay Lohan. ‘Nuff said.

It helps to have a multi-million dollar Disney contract, but even if you don’t you can still learn how to roll like a celebrity. It’s not just what’s in your DNA, it’s also what’s in your IRA.  Yep, money can help turn anyone into a celebrity.

Location – You gotta move to Los Angeles. You will not become a Rock Star, Supermodel or an Academy Award winning actor living in Spangle, Washington.

Image – The image I’m talking about is what the public sees and not reality. because the reality is many celebrities live way beyond their financial means. If you see a celebrity roll down the street in a 2012 Escalade, now that’s impressive. However, truth be known, most of their cars are leased, not owned. You can do the same.  Lease a kick-ass cars for 2 years. At the end of the lease you have no further obligations. If you haven’t become a celebrity yet, you can turn it in, go buy a second-hand car, and move back to Omaha.

Be Yourself – Don’t try to be another Lady Gaga or Taylor Swift or George Clooney. Dare to be different by being true to yourself. And never ever change who you are.

Watch Out For Scoundrels – Sad to say that there are many people who make a living off of taking advantage of those trying to make it in the entertainment business. So the old adage,  “If it sounds too good to be true,  it probably is” applies here. With that said, I have seen my share of people who are so guarded and protective of their talent that no one ever gets to see what they can offer and their true talents go undiscovered. It’s a balancing act for sure and having a good support of friends within the business will help you sort out the riff raff.

Practice – All of those who excels in their field always continue to practice.  Those who feel anointed don’t practice because they feel above that…guess what? Those people never achieve their fullest potential because they are unwilling to practice.  Could you imagine if an athlete like   “A” Rod would tell his team manager that he was good enough and so he was going to be skipping batting and fielding practice this season? Yah, that wouldn’t go over very well. Just so you know, “A” Rod will make at least $29 million in 2012, $28 million in 2013, $25 million in 2014, $21 million in 2015 and $20 million in each of the final two years. But remember, he practices.

Luck – I have heard that some people say that luck has a lot to do with stardom. I disagree.  I think that those people confuse hard work with luck. If you work hard you will be presented with opportunities that won’t come you way if you sit at home in your underpants eating tunafish sandwiches watches the Game Show network. Each and everyday you must do something for your career. Actually, you need to do multiple things for your career.

Study – Yah, I know hit the books was a dirty word with me as well. But a way to learn how to roll like a celebrity is to study them. Learn from their mistakes. Michael Jackson, as great as he was, was a student of biographies. Where ever he travelled to he would buy steamer trunks and ship them home full of biographies he had read while on the road.

Reach Out And Touch Someone – Not literally, that would be called stalking. But I think you can meet anyone you want to in this world. Very few people are 100% unapproachable. I have been very successful in contacting people I wanted to meet and I wasn’t surprised when they agreed to meet with me. No special formula, no gimmicks, no  deceit. Just a true honest letter, phone, call, or e-mail with a purpose. That is what found me face-to-face with the person I wanted to meet. Sometimes it was a business owner I admired, or someone who achieved exactly what I wanted to do, or just someone I admired their talent.

So keep doing what you’re doing. Don’t give up and you too can roll like a Rick Star!

Source:  I spent 20 years as an agent in Hollywood.